I have been a student of Spiritualities and Astrology for more than 25 years as well as a professional developer for 15 years. Hekate is the result of that particular blend of skills and interests.

. His holistic approach was in line with my own views and I spent several years researching in that direction.

Dane Rudhyar greatly influenced my approach to Astrology but he more importantly confirmed my deepest intuitions, there was more to Astrology than the narrow and ill-informed horoscope-based line of thought.

The beauty and extent of Astrology cannot be fully embraced without a holistic point of view of the universe and some insights into the cyclic law of involution and evolution of consciousness.

When approached from that angle, we do realize that nothing is “negative” or “bad” in Astrology, everything is just an opportunity to learn and to grow. 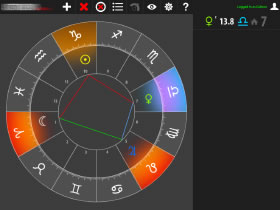 HEKATE was originally a simple little visual tool I created for myself to help me isolate and meditate on different astrological patterns and combinations.

As the application was growing and more features added, I thought it would be a good idea to start sharing it with other fellow students and astrologers and see what feedback would come out of it. 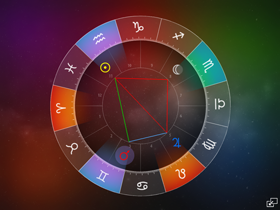 The app can be used by a wide array of user type. Astrology teachers will find the CLEAN MODE useful when using a projector and astrology students will be able to explore the multiple astrological patterns at the press of a finger.

Astrologers can enter their own content and use HEKATE as a handy companion. If the tool is well received, I will add more features to it as the request are coming through. 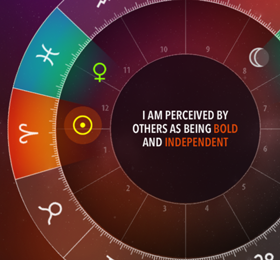 The INSPIRATOR is the feature I consider to be the most important. I was initially planning to write static interpretations for every particular pattern but I decided not to do so. There are multiple reasons behind my choice:  Firstly, every astrologer has his own mindset and style when it comes to interpretation. An interpretation is therefore only a personal projection, it does not reveal the essence of the energies at play behind a specific astrological pattern. The mind can just interpret, only consciousness can experience the nature of those energies. The second reason is that the same aspect in two charts can be interpreted very differently based on the level of consciousness of the individual. Energies and forces manifest differently in the consciousness of an ego driven or soul driven personality hence static interpretations are always only one sided.

The sentences generated by the INSPIRATOR  must not be taken literally, they leave a lot of room for the user to generate intuitions and insights, they are gateways to a world of energy in perpetual movement and fluidity is of the essence.  The INSPIRATOR essentially opens a door to intuitions, it has been built with that spirit and I hope you find it useful. 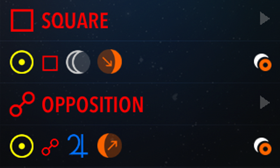 In HEKATE I am approaching  aspects from a holistic point of view and follow the same line of though than Dane Rudhyar: a waxing aspect has a very different meaning than a waning aspect, the waxing aspect is on an involutional curve while the latter is on an evolutive (or degenerative) part of the cycle.

Most serious astrologers who understand the nature of cycles should take that factor into account and I am hoping that HEKATE will be inspiring in that regard.

Astrology  is the science of cycles, it deals with the involution and evolution of consciousness and how forces and energies operate at any time of the cycle within the field of consciousness. HEKATE has been developed to facilitate the approach of that complex and subtle world behind the veil of appearances and I hope you will find it useful.